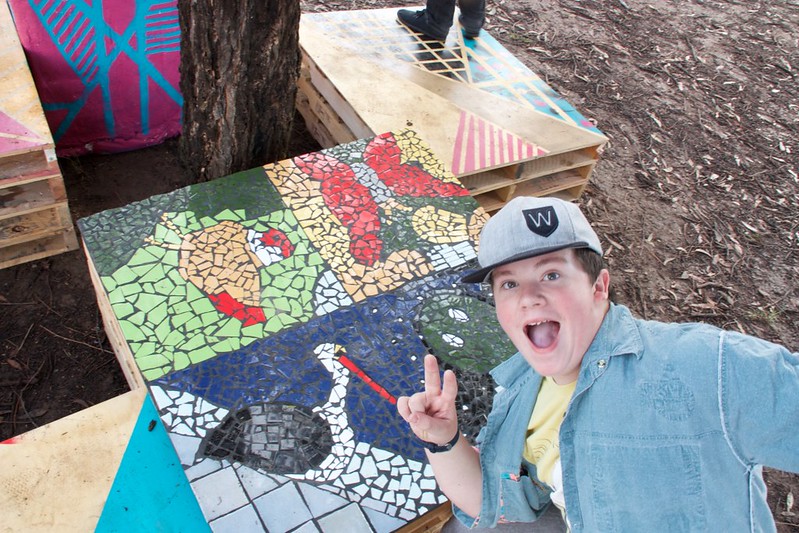 The Bidwill Chill Space was designed and built with young people from the Youth Activities Program run by Mt Druitt Learning Ground. Over nine sessions on Friday evenings we analysed the site, came up with ideas, developed them, voted on the best ones, and built it. The project aimed to strengthen a sense of ownership, pride and identity in the reserve, and provide a forum for young people to learn new skills and make a contribution to their community.

The project was run as part of my PhD research. Public space is important to teenagers, but they don’t often have an opportunity to contribute to the design of public spaces. I learned that young people from Mt Druitt in western Sydney want to engage in ways that are practical and creative, and this project builds on young people’s skills and interests. The chill space project was initiated following a consultation process led by the City of Blacktown at Bidwill Public School, in which students identified the need for a chill space in their local park. The project takes a low-cost approach to testing ideas, and is intended to inform a permanent chill space in the future.

Many thanks to the volunteers who helped facilitate the sessions, to Urbanistas Sydney for helping fund the materials, and to local young film maker Daisy Montalvo for her interpretation of the project in this video.